Summary
Refractive Anomaly is a Portal 2 map I made in 3 weeks half-time using the Puzzle Maker Editor, then later imported into Hammer. The puzzles are laser themed that starts off easy and then gradually becomes more difficult. All puzzles are focused on reflecting lasers in different ways. There are some scripted events, auto save support and even an Easter egg.
Specification
· Developed at The Game Assembly
· Portal 2 Single Player Custom Map
· Development Duration: 3 weeks (half-time)

Watch the video above for an in depth developer walkthrough.

Design Process
I started out in the Portal 2 in-game Puzzle Maker and played around with the items available and tested extensively until I created a puzzle that I liked. After I finished the first puzzle, I started tweaking the difficulty of the initial puzzle. This resulted in an easy first puzzle to get the player familiar with the basic elements and themes, after which I steadily increased the level of difficulty. 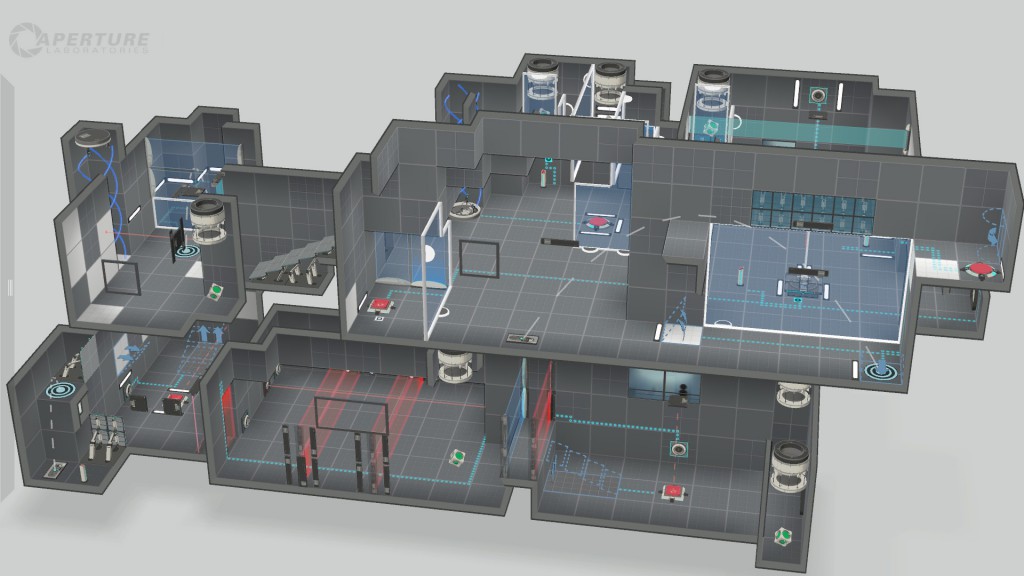 When I felt the whole map was good enough I let some friends and classmates playtest the chamber. The playtesting yielded some very interesting, unintended solutions that sometimes broke or even skipped entire puzzle sections.

After reviewing the feedback results I started iterating and fleshing out areas that felt empty to improve the pacing.

I then exported the map from the In Game Puzzle Maker into Hammer. In Hammer I changed all the textures to make the map more visually pleasing and interesting.

Having never scripted in Hammer before, I challenged myself to add some scripted events like when the player solves a puzzle, the player is rewarded with a humorous comment from an in game NPC, just like in the original game. I also added autosave triggers for some sections in the map that I felt were too unforgiving. The player could respawn where they died to prevent the frustration and distraction of replaying from the beginning.

I even added an Easter egg because I had so much fun scripting.

After all the tweaking and scripting in Hammer, I posted it on Steam Workshop and I received a very positive reception from the Steam Community. Some even posted their playthroughs of my map to Youtube. I was overwhelmed with the positive reception.

Iterations
Puzzle #2
In Puzzle #2 the player needs to reflect the laser beam into the laser receivers using the redirection cube. There are three laser fields in the way, and each one of them will turn off depending on which receiver is activated. 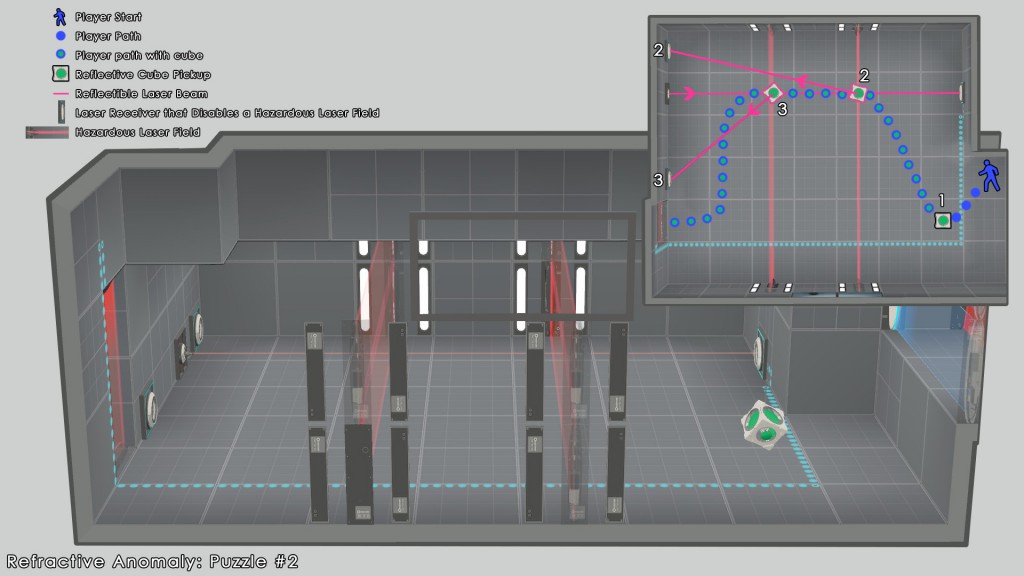 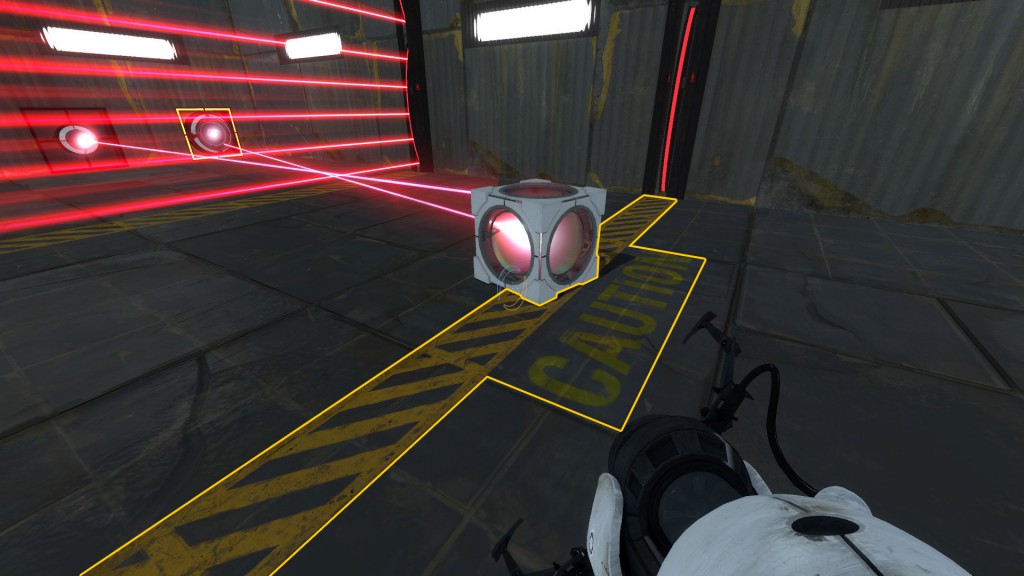 Picture A. Added a warning stripe on the floor to show the player where the laser field would be.

Picture B. Added a short delay on the re-activation of the laser fields.

Final Puzzle
The first iteration of the last puzzle was in one big giant room. This led to many players getting overwhelmed and confused about where to start the puzzle. I solved this problem by splitting up the room in half, redirecting the player’s focus on the less complex puzzles first. 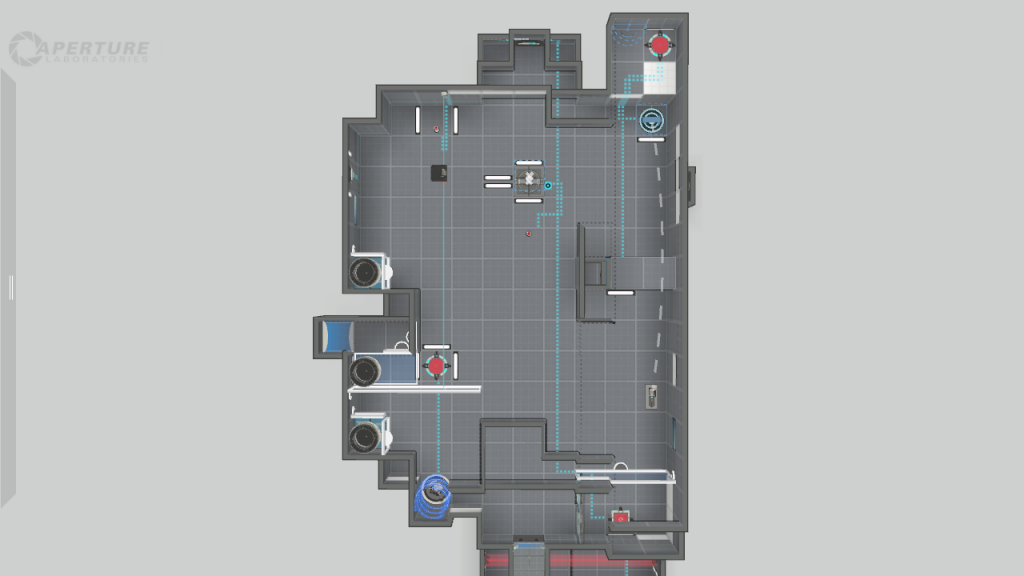 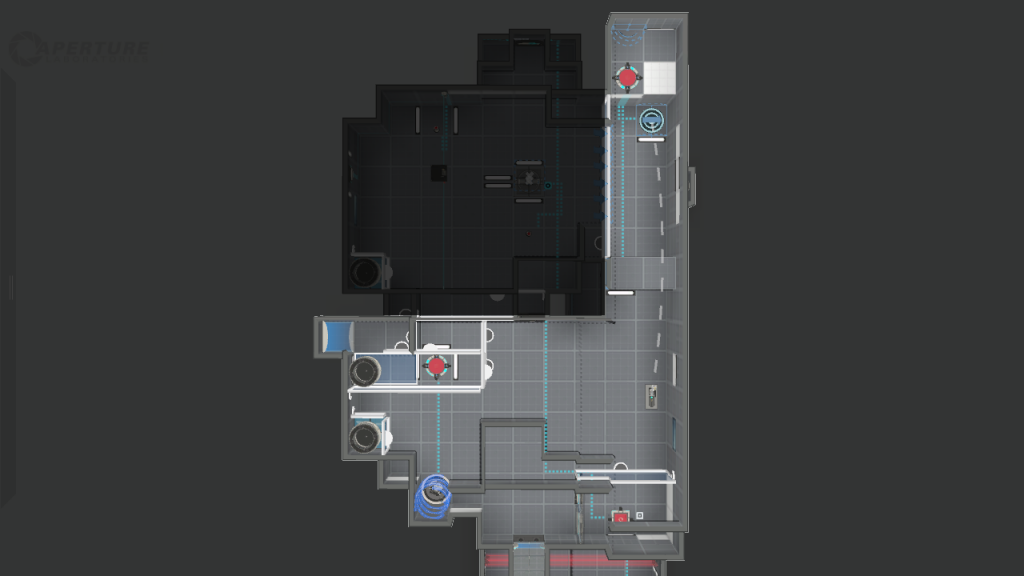 Final Thoughts
There are still some issues in the current layout that I would like to address if future iterations were to occur. I think the overall complexity in the final room may be too overwhelming for some players. To guide those players in the right direction I would place the tractor beam closer to the final room so it’s more visible to the player. Also, I would like to make the other cube visible from the final room as well. This could be done by opening up the wall in front of the cube. It would be one way to give those players that “aha” moment we all strive for when solving puzzles. 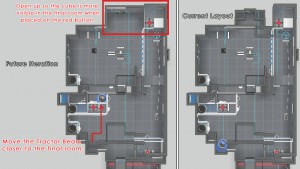 Never the less, I’m still happy with the end result and I think I succeeded in creating a small single player campaign instead of single-puzzle test chamber. 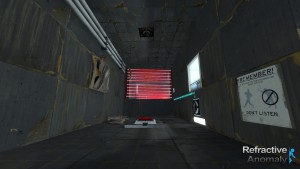 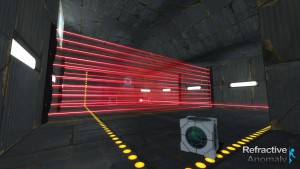 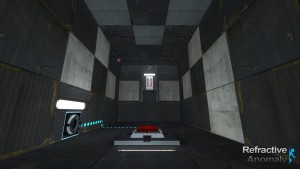 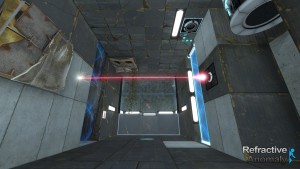 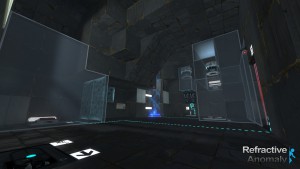 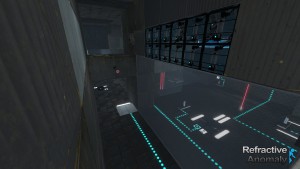 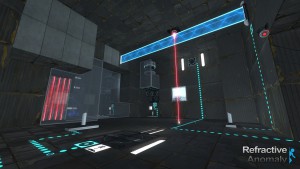